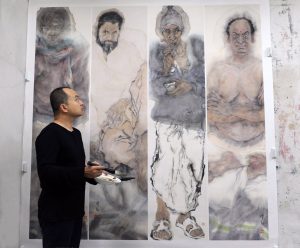 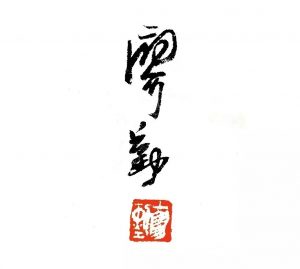 When I was young, I got to know India from movies and books which my parents liked and became full of  curiosity and imagination about it, until one year in springtime, I said goodbye to my family and put my feet on Indian soil for the first time.

Old man whistling
Under an Indian archway, I saw an old man whistling. He was wearing thin clothes, piping softly in wind. He was walking but no one knew where his eyes were looking.

Rose Poet
This very first person I met in India was not a poet but he gave me a strong poetic feeling. And since he was wearing a rose-carmine cotton robe I like to call him: Rose Poet.

Rickshaw driver
I hardly tried rickshaw. In Varanasi वाराणसी [Benares] I painted a wet ink painting of a rickshaw driver patiently waiting. His solid face and burly figure are buried in watercolour.

Hindu devotee 5
These Sanyasi Hindu devotees practice by the Ganges River. We are silent in front of the Gold’s world.

Night Tea
There was a pot of hot tea resting on a tin bucket of burning coal. The old man sold it to thirsty passers-by, a red-brown liquid, with a light aroma of mint.
烧着煤火的铁皮方桶上，搁着一壶热茶；老者将它卖给渴了的路人，是一种红褐色液体，还有一点薄荷香气。

Roadside encounter – Holy Man 2
Another of the Hindu sects by the Ganges river. They remind me of the monks in Kathmandu. We are silent in front of the Gold’s world.
这几幅行者，是在恒河边修行的印度教派，其中也有我对加德满都修行僧的感受。面对神的世界，我们不说。

Indian roadside encounter – 3 路遇印度——婆娑行者之三
I can’t deny I thought of Gandhi when I painted this, I even bought a bronze statue of Gandhi from his cemetery.
But I actually met old men just like this while passing through the countryside on the bus to Kolkata.

Saha walker 4
Some people look at this and read a philosophical meaning, I don’t know. He’s just come ashore from the Ganges and is looking at you with wet straggly hair.

Indian roadside encounter – Delhi kid 路遇印度——德里小子
I can’t deny I thought of Gandhi when I painted this, I even bought a bronze statue of Gandhi from his cemetery.
But I actually met old men just like this while passing through the countryside on the bus to Kolkata.

Woman with hand lamp
In the holy town of Benares where ceremonial cremations take place along the banks of the Ganges. When it was quiet all around, in the gloomy night an old woman with a navy blue robe and hand lamp passed through the alley.

We have past, future, and presence, so do they. Everyone we meet in this lifelong river are the same. We respect life, we love each other. 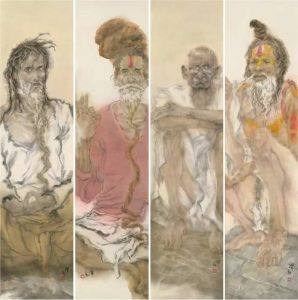 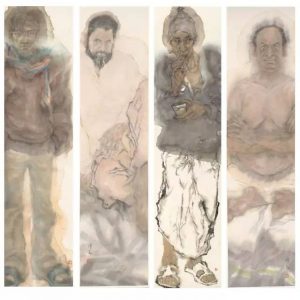 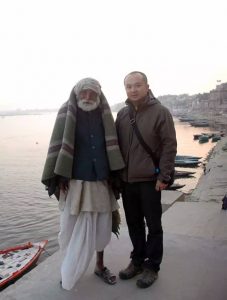 In winter, people in Hunan used to burn charcoal for heating. After I came to study in Beijing, I first time realized that in northern China, there is city heating. Then, I came up with the idea of painting people who work for city heating. They are also the ones who brought us brightness.

I went to HuaiLai in Hebei province to paint coal workers from a small coalmine. Then I continued my trip to paint coal diggers deep down in the coal wells in ShanXi and Inner Mongolia. These wells are as deep as thousands meters underground. During the day, a crane lowered us to the bottom of the mine shaft on a monkey winch, and then we took small trains to the work area. We crawled to the narrow working spots. I was living the same way as these coal diggers. We dressed in the same clothes, and tucked in appreciatively to the same food in our mess tins. At night, we slept in a drafty brick room in the coal mine. Every time I fell asleep I was woken again by the cold. How couldn’t it be cold? The miners are using waste coal cinders for heating which don’t burn well.

I often remember the black dust spread through the coal mine. From the helmet with the miner’s lamp to the miner’s boots on my feet. I get lost in thought of this dark black and warm coal dust. 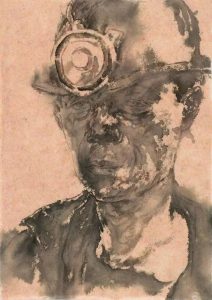 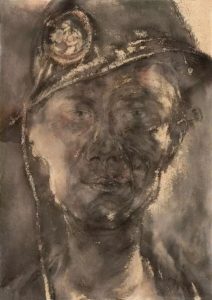 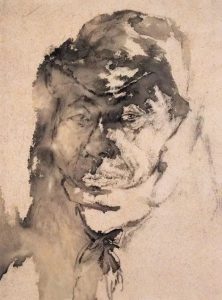 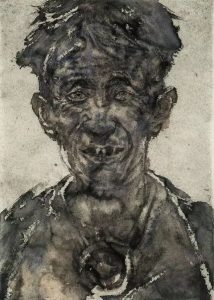 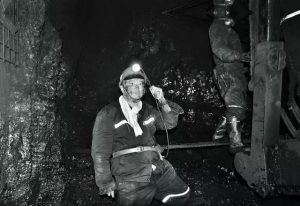 Leaving colleagues, leaving the city, whenever I stay with people in different places, I would use water and ink to paint, as my way of self-expression, I feel reality and peace. As I travel I gain experience, and the process of experience is a pleasure in itself. Painters use painting to express themselves, everyone can understand just by looking. What is in my mind is in my painting, the viewer can understand naturally.

I have long been living in Beijing and have also long been thinking about my hometown. I dream often about the places where I once visited, beautiful China, Hunan and Hubei, ancient Egypt, historical India, pre-Columbian north America, poetic Europe … Every place has indigenous people who have left and new immigrants who have arrived. This reminds me of words from 沈从文 Chen Congwen: follow what I think, you get to know me; think the way I think, you get to understand people. Such nostalgia, such broad mind, such peaceful time, such charming new lands, I, finally understood, this is the subtle nerves of my emotions. Painting this, the brush is intoxicated even before I start painting… 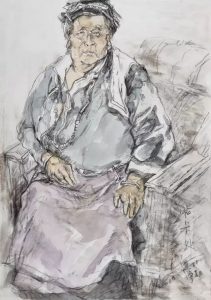 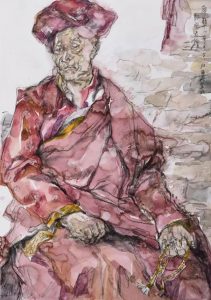 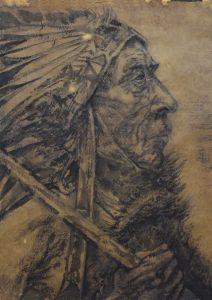 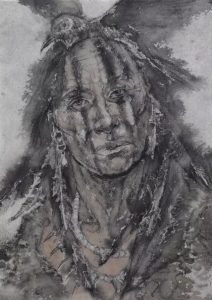 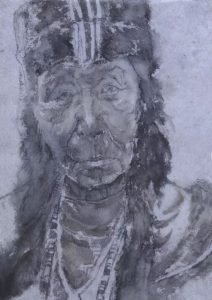 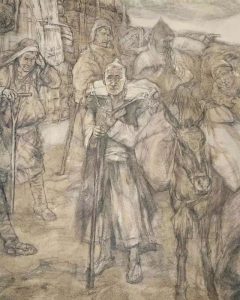 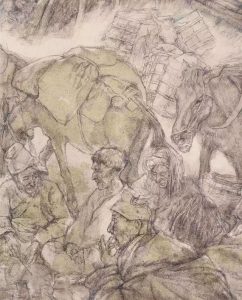 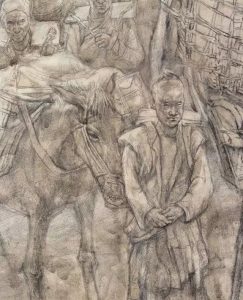 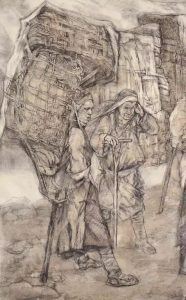